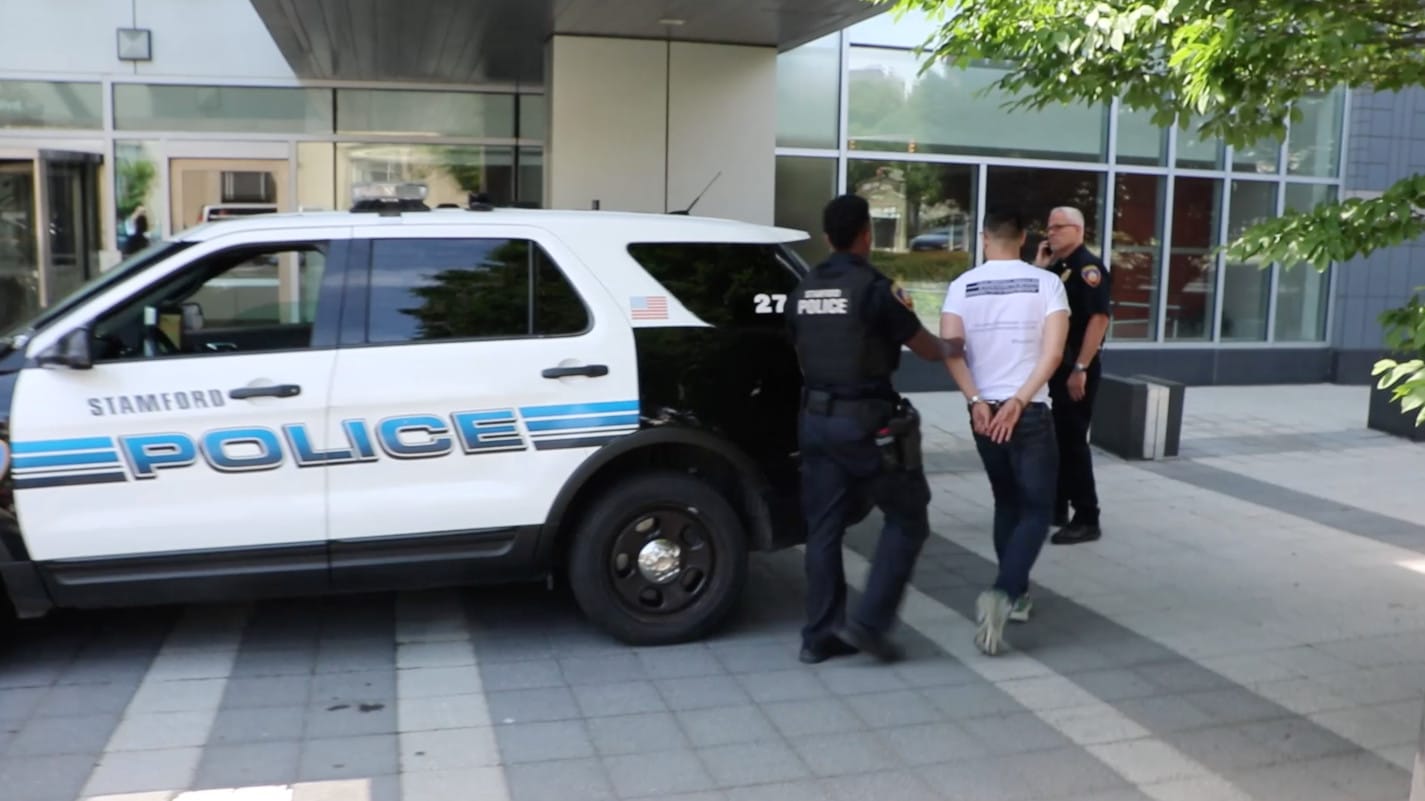 How did the Spoon Movement come about?

Through the Opioid: Express Yourself! show, the Director and Gallery owner always creates strategies for execution plans for its artists. The show, which was launched on June 22nd, always had in mind to “target” Purdue Pharma with the strategy and movement that we created for any of the artists we would use to target Purdue.

The “architects”, the “targets”, “drop”, “gift”, the act of getting arrested were all part of the foundation they founded the Spoon Movement.

The idea came about approximately a year before June 22nd, 2018 which was the day that it was dropped at Purdue Pharma’s headquarters. This above strategy was going to be used with several artists we had incited to create a laundry list of ideas including and not limiting to a heroin Spoon.

Approximately two months before through a mutual friend in Boston Domenic Esposito and our director met in Boston and discussed his reason for doing a Spoon that we wanted to be 4ft. and include in a ceremony with the Mayor of Boston.

Our Director told him that the only way to pick him up was if he would abide by his recommendations which included:

Did both the gallery owner, Fernando Luis Alvarez and Domenic Esposito get arrested?

Only Fernando Luis Alvarez was arrested.

Why did only Fernando Luis Alvarez get arrested?

What were the cops threatening to charge them with?

The cops were threatening us with a felony.

How did Fernando Luis Alvarez feel like getting arrested?

Fernando felt that he was in this to truly move the needle and wasn’t going to waver, not to stand by his word. He wanted to show the mother victims which were his early reasons why he even did the show (that launched the Spoon Movement), that he was real, and was out to truly fight for them.

Was the reason behind the breakup between Domenic Esposito and the Spoon Movement the cause for not taking accountability or ownership of what he was brought in to fabricate?

No.  The Spoon Movement was developed for many artists, and definitely not fabricators—it was, since the get-go, created to become an “open source” opportunity for many artists to get involved through our platform.  Yet we found that it was a mistake to allow him to participate in the Opioid: Express Yourself show because not only did the other artists not want him due to his lack of track record but also because as they found, he lacked courage and was not in this for the cause but rather for his vested interest.  He back down in getting arrested although he had agreed to it.

What’s the relationship between the Spoon Movement and the Opioid: Express Yourself! show?

The Spoon Movement was founded within The Opioid: Express Yourself! show which was put together by/at the Alvarez Gallery in Stamford, CT.

So who founded the Movement?

The Spoon Movement is the brainchild of Fernando Luis Alvarez and the Alvarez Gallery.  It was envisioned, imagined, strategized, and orchestrated by Fernando.

Do I have to get arrested if I participate as an artist?

As long as we have legal representation and if you have no criminal record, yes, we would prefer that the artist outs skin on the game and claim ownership of his own creation.

What charges will I usually get?

Does The Spoon Movement provide a lawyer?

Who pays for the cost of the sculpture?

We expect the artist to pay for it.

Who selects the drop site?

Who pays for the transport of the sculpture from the artist studio to the drop site?

What does the entire “drop” process include?

Selecting the artist, building the sculpture, identifying the “drop”, logistics to the site, getting arrested, and eventually “gifting” the sculpture to an Attorney General who is including the “architects” in their civil suits.

Does the gallery get involved in advising and direction of the creation of our project?

Yes, in fact, with the first Spoon, now called Purdue Spoon the gallery and our founder, spent countless time advising the fabricator in the process of the creation of the work as he had no career background.

Was the first artist who created the Purdue Spoon a career artist?

Are you still taking on non-career artists?

Architects: By architects, we mean the identified culprits behind the Opiod episode of by the Spoon Movement which includes pharmaceuticals, the FDA, politicians, and irresponsible doctors.

Drop: By drop we mean the act of dropping the sculpture at a site.

Gift: The gift is created when the sculpture is confiscated or impounded by the cops.  Once we get it back, it is when it becomes a gift to an Attorney General who includes the names of the “architects” in their civil suits.

Politicians: These are publicly elected officials who take funds from the pharmaceutical and distribution firms.