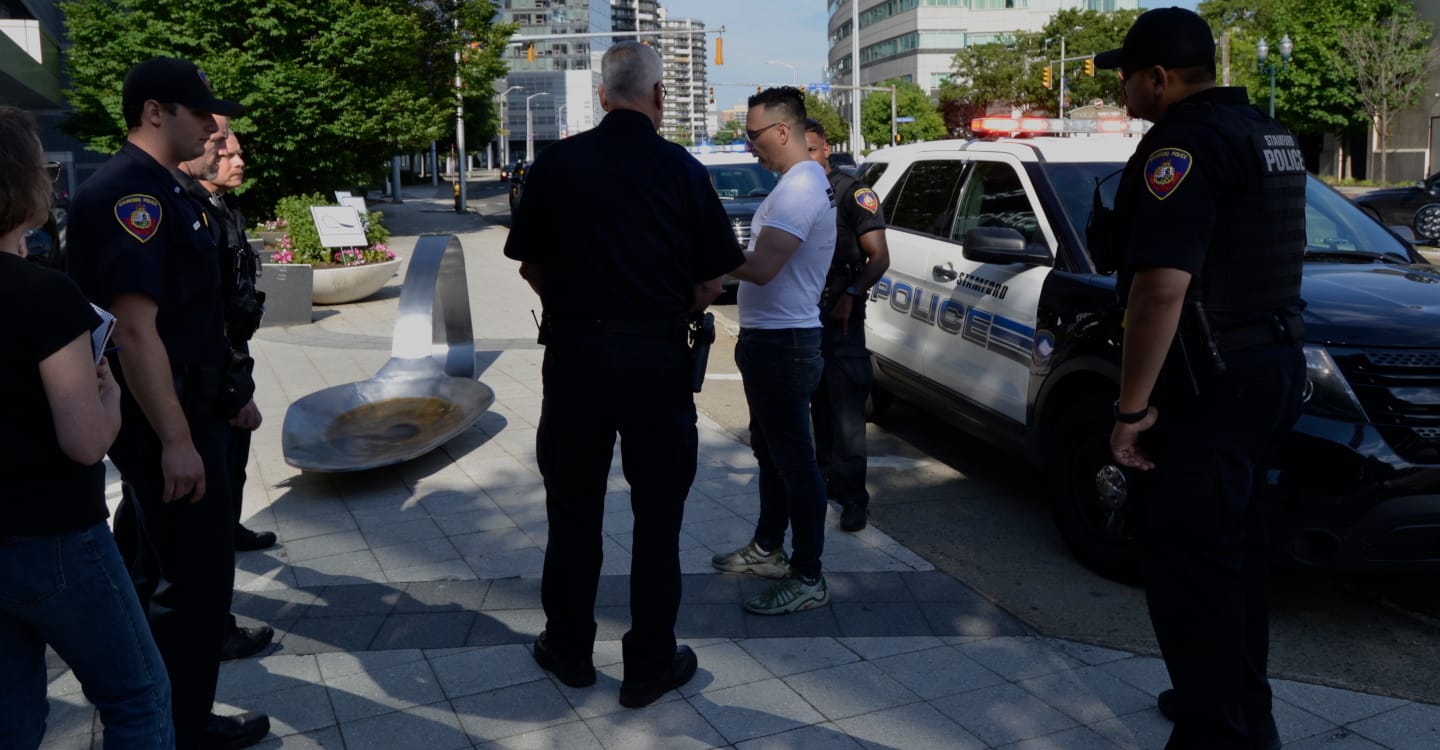 Promoting public awareness for the right type of accountability by the means of public art advocacy.

In Act 1, we launched the Movement by targeting the first architect of the opioid epidemic: Purdue Pharma.

For close to two years the Alvarez Gallery in Stamford Connecticut worked on the artist-led group exhibition Opioid: Express Yourself which featured work by more than eight artists including Antuan Rodriguez, John J. Bedoya, Ben Quesnel, Lee Tahl, Domenic Esposito, Clinton Decker, Jason Werner, Matthew Cleary, and Nathan Lewis. It was within the preparation for this show that the Gallery created, strategized, lead, and executed the launching of “The Spoon Movement”

The Gallery’s plan and strategy to make this more than just an exhibition launched “The Spoon Movement” –guerrilla installations that seek to create awareness and move the needle forward. In what we consider the “right type of accountability” . Once “dropped” the sculptures are gifted to Attorneys General holding the architects of the opioid epidemic accountable through legal action. “The Spoon Movement” was also developed to continuously remind the hundreds of thousands of families that someone is seeking the right accountability on their behalf.

We designed “The Drop” to go after the so-called architects. On June 22, 2018, a giant rendering of a heroin spoon–800 pounds and 11 feet long–was dropped at the doorstep of OxyContin drugmaker Purdue Pharma by Gallery exhibition organizers and the artist. It was here that Fernando Luis Alvarez, Gallery Founder: “Opioid: Express Yourself! creator, and founder of “The Spoon Movement” was arrested as he took responsibility for the work’s installation as they were being threatened with a felony by the police. Fabricator Dominic Esposito was not arrested.

Do the math: they make tens of billions of dollars and pay one to two billion in fines, plus a billion in legal fees. What works is the right of accountability we’re working towards.

Fernando Luis Alvarez, the owner of an eponymous gallery in Stamford, Connecticut, was arrested for installing….